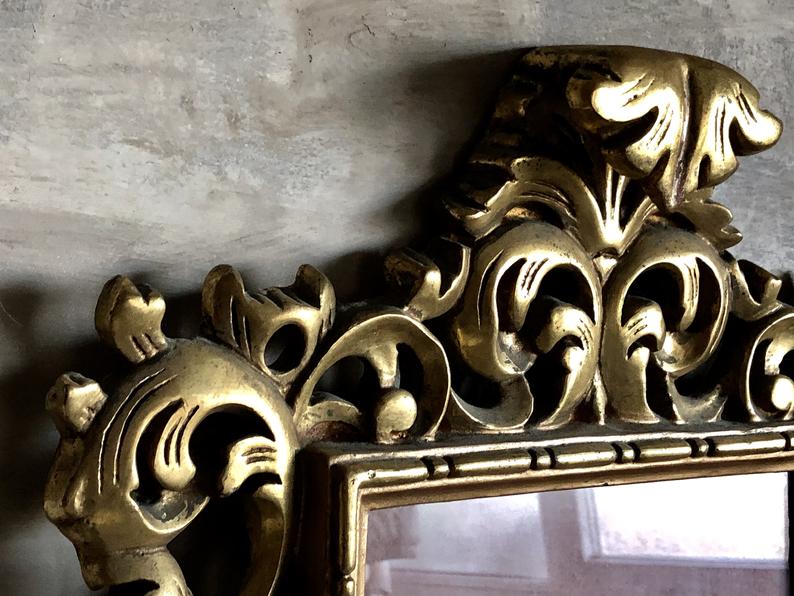 Most of us have something decorative framed on our walls. If we have an historic home, there are probably several period art works, prints behind glass, or paintings. If we are lucky, some of those artworks are family pieces with old frames, passed down to us years ago or recently inherited. Maybe we have become collectors of investment quality, original, old paintings.

If you have looked for an old frame for an artwork, or even a nice old frame to put a mirror into, you know that old frames are not only expensive, but not always in the greatest condition. Most frames in the Northwest are, like our furniture, from the Victorian age, from the 1890 to 1910. Many of the older pieces of furniture, frames included, didn’t make the distance by covered wagon, and were sadly left by the side of the trail. Most of the pre-1880 frames that I see are more recent acquisitions.

What Is the Victorian Style?

Most of the Victorian frames, like our modern frames, were pre-finished and cut and joined to fit the painting. Some were more elaborately handcrafted, and some were inexpensive ”parlor” frames available through catalogs like the DUE. Abbott Co., on the East Coast, or the Lyman Brothers in the Midwest. These frames were sold for under $5 for a 16” X 20”, a price low enough to allow farm families to have a fancy frame for the parlor.

This was the beginning of the Industrial Revolution, and a lot of the traditionally handcrafted furnishings were being produced by a mechanical process for the first time and offered to the general public.

How Were They Made?

Most Victorian-era frames use a cast ornament called “composition ornament.” It is made of calcium carbonate (whiting), hide glue (that’s right, horse glue), resins, linseed oil, and water. The paste would be pressed into reverse-carved molds made of shellac, let dry, and removed.

The wood picture frame molding would have been primered with gesso, probably machine applied. Gesso is the traditional, “plaster like” material that you see around damaged areas of a frame. It’s made of calcium carbonate, rabbit-skin glue (a more refined type of hide glue), and water. It has been the primer for panel paintings and furniture for centuries. The gesso serves a number of purposes. It smoothes the wood so that there is no wood grain, and gives a “bed” for water gilding (more on that later).

The wood for frames is usually a non-open-pored wood like pine, basswood, or poplar. If the gesso is machine-applied, you will see a line of gesso on the inside of the rabbet, often wrapping around to the bottom of the frame itself.

After the gesso, usually .5 mils or so thick, is dry and smoothed, the composition ornament is applied, often in the larger areas of the frame, like the coves and flats. Most frame moldings are designed and milled with compo application in mind.
Composition ornament is applied by steaming it to soften, which has the added benefit of activating the hide glue. Once it is softened, it conforms to the shape of the area to be applied, and is glued into place at the same time.

There are a couple of compo companies still operating in the U.S. The most well known is Decorator’s Supply in Chicago, in business continuously since 1893. They make compo for frames, large plaster castings for architectural applications, and cast ornament for fireplace surrounds. Check out their catalog online, or better yet, go see them if you get to Chicago. It is a wonderful facility that has seen very few changes in the last 120 years.

So now the frame is white with smooth gesso, and the putty-colored compo is applied. There were several different finishing choices that the fabricators made at this point, depending on the quality and pricing.

The usual finish for Victorian frames  in the middle price range would have seen the smooth areas between the compo areas leafed in silver leaf and the compo areas brass leafed. Brass leaf is also called “composition leaf” or Dutch metal. It is thicker than 23K leaf, and the squares are larger, 5” instead of 3”. (This is a distinction that will help you to identify the materials used in your frame.) It is also lighter in color than 23K and more reflective.

The silver leaf is gilded in the traditional “water gilt” method. This method involves applying a thin coat of colored gilder’s clay over the gesso. The clay has the ability to take a polish, as does the gesso, and the gesso has the unique characteristic of depressing slightly after wetting. The silver or gold leaf is layered onto the clayed surface with water, which activates the rabbit-skin glue in the clay. (Think Jell-O when you think of rabbit-skin glue. They are cousins with the same gelatinous properties.)

After the surface has dried for a few hours, the leaf is polished with an agate that is set into a ferrule with a handle like a paintbrush. The clay under the leaf burnishes bright and hard, which the leaf reflects, becoming mirror bright.

The rest of the frame, including the composed areas, is sealed, an oil-based adhesive is applied, and the brass leaf is pressed onto the surface. The small bits of leaf that are not in contact with the adhesive are simply brushed off. At this point, the whole frame is treated with a de-waxed ruby, or orange shellac, to deepen the color of the brass leaf and turn the silver leaf from silver to an 18K or 23K color.
The frame is now a fairly good facsimile of the kind of hand-carved, 23K, burnished, and matte water gilt frames that were expensive and exclusive.

A high-end Victorian frame might have had custom corners, and custom centers, also made of compo. These decorations would have been applied over the running compo design, to further customize the frame. Sometimes these frames were entirely gilded in 23K, the smooth areas water gilt and burnished, and the compo oil gilt. Frames using all 23K, even back then, were extravagant.

Water gilt frames were originally meant to look as though they were solid gold. In that sense, it is truly a “trompe l’oeil” finish. The technique has changed little in 500 years, and some form of water gilding, with very thin, square pieces of gold leaf, have been found in Egyptian tombs from 2500 B.C. Before incandescent electric lighting, churches and houses were dimly lit with candles. Gold frames, as bright and reflective as they were, created a soft glow in dark niches.

How Can I Tell What I Have or What I Am Buying?

You can tell the age, and sometimes the country of origin of a frame. It helps if you are able to see the unpainted, original finish. If that finish is under a layer of non-original bronze powder paint, you may have to do a little digging.

Grey gilder’s clays, under the water gilt areas, are typical on English and American frames. French frames used a brighter red color. Often the clay shows through in areas that are water gilt with 23K, because they did not seal against wear for gold.
Silver leaf would have to be sealed to prevent oxidation and to warm the color up, so often you don’t see the wear through to the clay color. You are more likely to see black “fly specking” on silver leafed areas or areas where abrasion to the seal coat has exposed the silver to oxidation. Those areas of distress will necessarily appear black from tarnish to the silver leaf underneath.

The 5” squares of brass leaf are sometimes discernable on the sides of a frame. Compo is heavy, so a large frame with lots of compo weighs considerably more than the same ornament carved in wood. Carved frames have more simple and bold design elements. Compo ornament, by nature of being cast, is more finely detailed and looks more static.

Now you have a better idea about how your frames were made. You can “read” a frame and identify the techniques that were used in its construction and finishing. With that knowledge, you can better identify old repairs, old damage, and areas that might be sprayed with “gold” paint, in an effort to hide poorly matched repair areas.

In Part Two, we will examine repair techniques that preserve the integrity of the frame by using the original finishing techniques, casting for ornament losses, and doing structural repair.