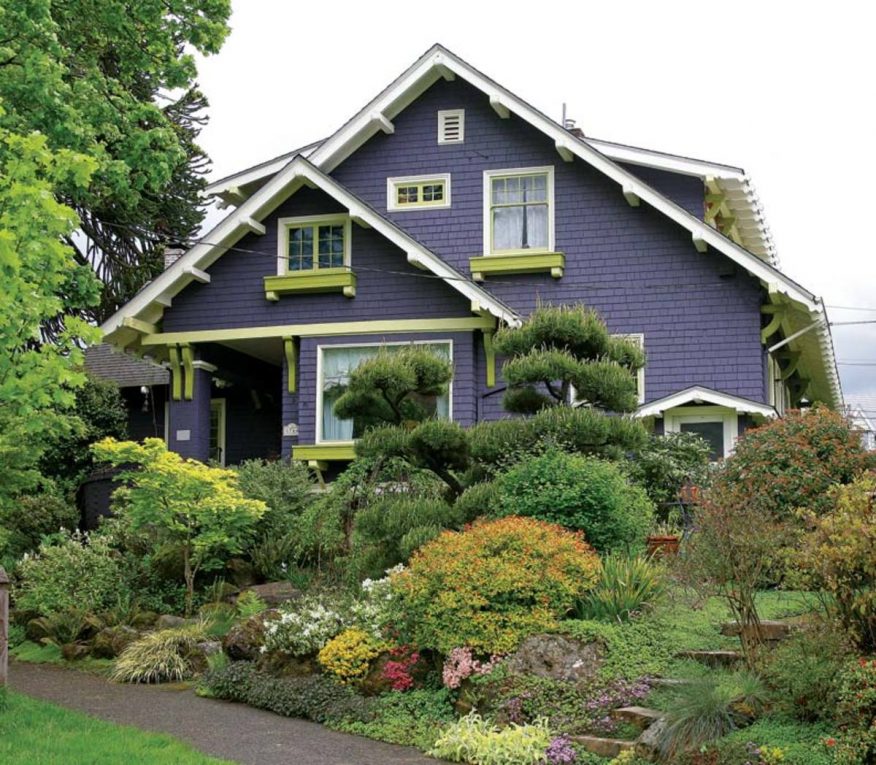 Beginning in the mid-1880s, the Arts and Crafts Movement in England developed a philosophy of design based on medieval concepts of handmade artisan-produced goods. The movement arose as a reaction to the over-abundance of machine-made, often shoddy products that were flooding the marketplace at the time. Thinkers such as William Morris and John Ruskin viewed the industrialized Victorian landscape with disdain. They saw a nation of workers toiling in never-ending drudgery by day, returning to sooty, over-crowded slums at night. The idealized Arts and Crafts vision of the medieval world, by contrast, saw workers achieving dignity and purpose through hand-crafting their products from beginning to end. This view also had people living closer to the land — negating the need for pollution-causing industry.

Arts and Crafts houses and furniture had little applied ornamentation. Their beauty arose instead from their high level of craftsmanship and from the quality of materials used. Later interpretations of Arts and Crafts, both in Britain and the U.S., ironically used machine-made parts to achieve the handcrafted look.

Gustav Stickley was the principal interpreter of the Arts and Crafts Movement in America. His Craftsman Magazine provided hundreds of plans of American Arts and Crafts houses from 1901 to 1917. A true Craftsman house had to come from Craftsman Magazine. The word Craftsman eventually became a generic term for all houses built in the Stickley Craftsman style. Stickley also produced a line of handmade furniture, sometimes referred to (by others) as “Mission Oak.” Stickley furniture is still made today and is in increasing demand, paralleling the rising interest in Craftsman home restoration.

In the Northwest, the most identifying feature of the Craftsman house is the abundant use of natural wood. We were, after all, in the center of lumber country. Builders here could well afford to use wood in an extravagant fashion. Large structural beams, rafters, and exterior braces were often left exposed as part of the style of the house. Over-sized fake beams and rafters were sometimes installed to further the identification with the wood aesthetic. Box beams were often put in dining room ceilings to create the illusion of dining in medieval baronial splendor. In addition, large vertical box beams were used to hold up the substantial front porches found on nearly every Craftsman house. Ceiling box beams were usually left dark-stained whereas porch box beams were almost always painted.

Craftsman houses shared characteristics with many other house styles popular in the first decades of the 20th century. Four-Squares, Prairie Houses, and bungalows all had the following features (to varying degrees): Built-in shelves and cabinetry, wide overhanging eves, substantial front porches, open floor plans with few hallways, colonnades separating living and dining areas, and stained or leaded glass. There are some observers today who regard bungalows as merely smaller versions of Craftsman houses.

New suburban tract and urban in-fill housing have created a Craftsman revival of sorts. Purists tend to scoff at the “tacked on” application of Craftsman features in some of these houses. Nevertheless, whether older Craftsman or the newer facsimiles, the Craftsman style is once again enjoying a flurry of popularity unseen since the Craftsman heyday of the early 1900s.