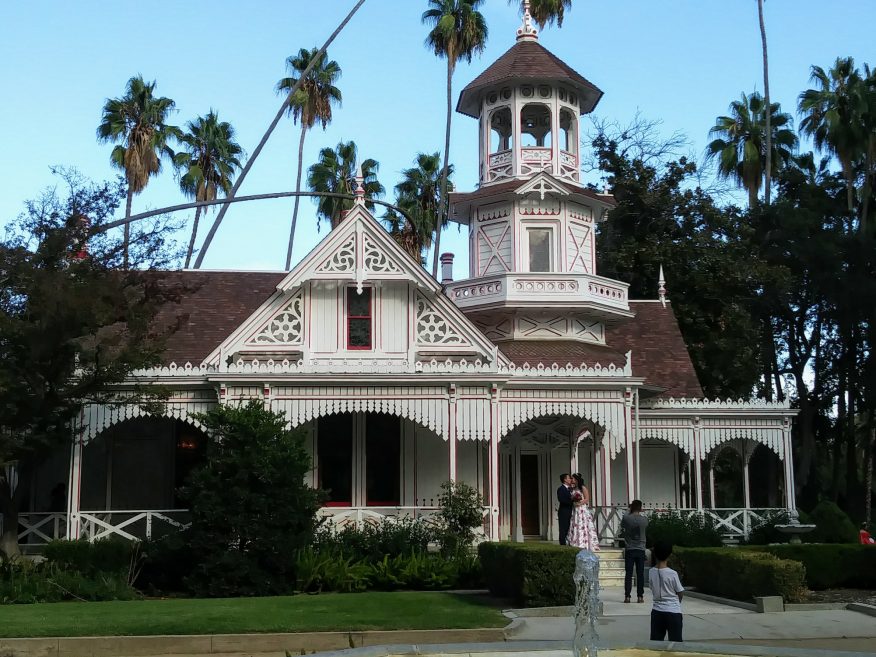 Still seeking more Pasadena-area Victoriana? Just slip across the city line to the East and find yourself in the L.A. County Arboretum in the City of Arcadia. I found this by pure luck one day driving around what I thought was still Pasadena.

The Arboretum was originally the home and estate of Lucky Baldwin, a colorful 19th-Century character who kept striking it rich his whole life, beginning with a strike in the Comstock Load silver mines in Nevada.

When he died, he left his house and 260-acre grounds (with spring-fed lake) to the “people of Los Angeles County”. The 1886 Queen Ann/Eastlake/Carpenter Gothic is perhaps the most splendid Victorian I have ever seen.

Interestingly, Lucky Baldwin and his Native American wife never lived in the house. It was strictly a guest and party house. The Baldwins, instead, lived the whole time in a two-bedroom adobe on the property built by the Spanish in 1839 (presently being restored).

If you find yourself in Pasadena, make the effort to seek out Lucky Baldwin’s former home. You’ll thank your “lucky” stars you did!