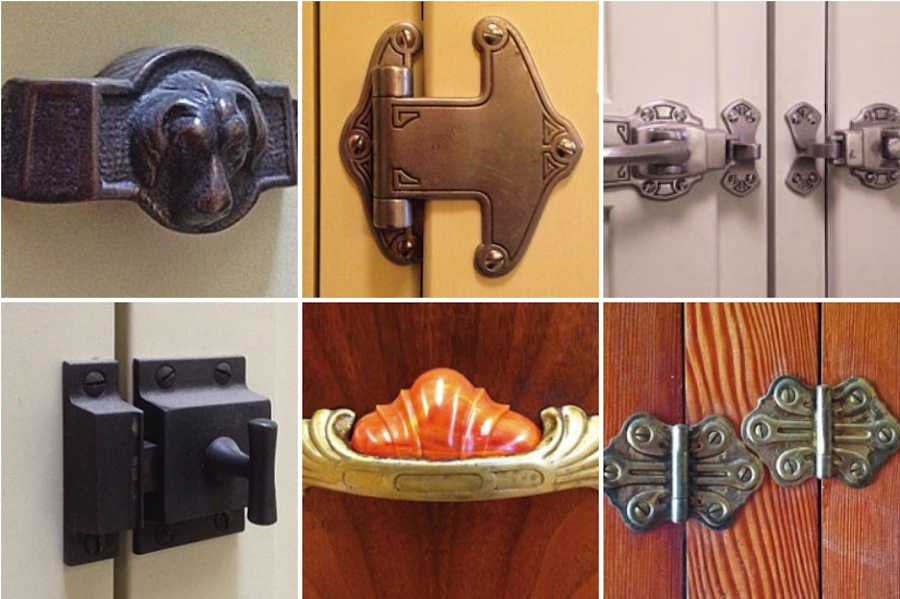 The quest for appropriate hardware can be very confusing, and the choices overwhelming! For those looking to select appropriate hardware for their period home, there is the need to understand what would have been used in a particular time period, coupled with personal taste. For our purposes, the focus will be on the kitchen and bath areas.

These are the two rooms most commonly “re-muddled” in vintage homes. Sometimes it may be just too expensive to remove a previous owner’s misguided mangling of a kitchen or bath. Sometimes there is enough of the original cabinetry and fixtures that some carefully chosen hardware, fixtures, and simple repairs might be all that is needed to revive the period charm that lurks just below the surface.

Regardless of the situation, appropriate hardware can help return at least a sense of the period charm that was once there. So where to begin? What does one look for and, conversely, avoid? 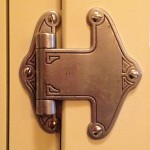 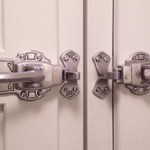 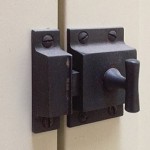 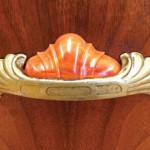 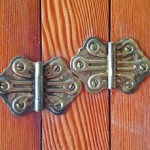 First, know thy period: Victorian, Edwardian, the Roaring Twenties, the Deco 1930s, the war years of the 1940s, or the Mid-Century Modern 1950s. Each period had its owns style and sensibility, reflecting the culture, technology, and events of that particular time.

The Late Victorian era (roughly 1880s-1900) was a time when exuberant designs were molded into the hardware. This could be seen in drawer pulls and in cabinet latches. Toward the late 1800s, hardware often reflected designs of the Aesthetic Movement, which generally depicted Japanese/Asian stylized plants and birds.

During the Edwardian period (1901-1910), there was a trend toward more simplicity. Hardware often had much less detailed designs, or was just plain. This reflected some of the simplicity of the Craftsman period. Less was considered more in reaction to the heavy designs reflective of the earlier Victorian era. During this period, a finish commonly referred to as “Japanning” was used. This finish was dark with a bit of a copper color showing through. To learn more about this finish, look at a previous Northwest Renovation article by Bob Slone: http://nwrenovation.com/miscellaneous-articles/the-japan-finish.

The Roaring Twenties saw an increase in the use of glass knobs and bridge handles. Clear glass was most common. However, glass hardware could also be found in white, black, jade, or other colors. Cabinet latches were very similar to those in earlier decades, except that the turn handle was more of an oblong shape, rather than the more rectangular handle from the Victorian and Edwardian eras. The 1920s also brought a transition in hardware and plumbing finishes. There was a shift from nickel plating, which has more warm yellow tones, toward chrome finishes, which have more of a cool blue tone. By the 1930s, chrome was the most common plating finish.

The Deco 1930s reflected the streamlined “Machine Age.” Often the hardware was chrome, with stylized groves running lengthwise across the face of the handle. The Deco period also utilized new materials, such as Bakelite. This early plastic material allowed for new forms and colors to be used.

The 1940s brought more simple lines. There seems to have been a somewhat predictable cycle of more exuberant vs. less exuberant as the pendulum swung between the decades. The 40s hardware was often simple chrome half moon-shaped bridge handles, with simple chrome knobs. The cupboard door latches seen in the decades prior to the 40s were much less common during this period.

The Mid-Century Modern era brought with it big, bold kitchen and bath hardware. There were large handles with convex surfaces, often with highly reflective finishes in chrome or gold tones. Some had starburst motif back plates behind the large handles. It was a time of increased economic expansion and optimism, which was reflected in all manner of domestic products during that time.

Where does one find such iconic period hardware? Most big box stores are not going to have anything that is reflective of historic periods. The best places to find this sort of hardware are the specialty stores that focus on restoration. Sometimes it is possible to source-salvage period hardware, but it can be tough to find enough matching pieces. EBay can sometimes help source enough pieces. If there are limited drawers and cabinets, salvage can be a perfect solution. Avoid mixing periods of hardware, if possible. For example, Victorian hardware in a 1920s bungalow kitchen will not convey the right look and feel. However, if there is an existing historic 1920s kitchen in a Victorian home, then 1920s hardware in the 20s kitchen is just right.

In conclusion, to really capture the beauty and nuance of a particular time period, it is necessary to become a student of that time. Become familiar with what was happening during the period when your house was built. What events were influencing the styles reflected in the material culture? Look at period images and look closely at the details; there is so much information in those period photos! These simple suggestions can become powerful guides to help create a sense of timelessness in a period home. This approach can be used for all manner of things, from furniture to lighting, hardware, decorative objects, etc. Learning about your home’s period may even become a new passion! Hardware may just be the beginning of a whole new learning experience.

Karla Pearlstein is a preservation consultant and provides educational resources and consulting services on the preservation and restoration of historic buildings. Contact Pearlstein at 503-452-7772 or vist, www.restoringhistory.com.